These works of art, are the embryos of my new series. Image of RBA with “Perception e-21-Reality” and “Active Imagination”

Had to piece this together from 3 different photos. Thank you Suzie I had fun with this. So much fun painting this new commission, with all the love from father and son. Artlink invites you to Articipate in the Creative Community

A 32-year 501(c)3 nonprofit organization born from artists, Artlink Inc. supports the stakeholders of the arts and culture community, amplifying its collective strength. The Artlink name is a guiding principal for the mission of keeping the arts integral to development by connecting artists, business and community.

Artlink’s Articipant Program invites artists, arts venues, arts and culture organizations, and arts supporting businesses to sign up as contributors to our culture. This identification of engaged stakeholders speaks to the depth of our talent pool, highlights business interest, and the strength of collaboration. If you agree – Take a selfie and Share your Image and thoughts.

As our friend Laurie said it during these uncertain times – “Who is speaking, our ego or our heart? We follow the truth in our heart. Our heart shares inspiring, uplifting, encouraging, and supporting wisdom. The ego shares worries, concerns, insecurities, self-doubts, anxieties, and fears. Which do we give more “air-time” to?

We can be informed, stay home, wash our hands, wear our masks, be prudent about social distancing without panic and total fear.” Steele and Celeste have an ability to cross between dimensions, where they meet deceased grandmother Louise and her mentors Star and Jaguar, advanced souls from the Mayan civilization. These elemental new friends of Louise explain that this plane of existence, named Gaia, is for mankind’s evolution to a higher universal understanding. Secrets to this dimension were given to Steele in notebooks written by Louise before passing on.
In the suburbs of Denver, Colorado, Ian is a technology expert that uses virtual reality to invent a new means of travel that. Ian artificially and unknowingly uses Gaia’s dimension as a springboard to Jump between locations. His estranged father James, becomes an unwitting adversary, gradually turning ally.
A greedy, self-indulgent U.S. Congressional Representative enlists a like-minded government leader and a corrupt FBI agent, then hires a mercenary soldier to steal Ian’s technology to use for his own agenda. Little do they know, or care, that the overuse of this Jump technology will destroy mankind’s ability to evolve. More crucially, souls will be unable to move on when someone dies. Meanwhile, a high-ranking Catholic Bishop in the Opus Dei, has plans to take Ian’s technology for his own twisted papal agenda.
Exciting sub-plots with imaginative characters pit opposing forces against one another. The positive forces include advanced Souls Jaguar, and Star, that along with Louise join forces with Akira, Louise’s young teacher. Added to the mix a Russian shaman, Nikolay Grandstaff; the ancient descendent of the Inca Sun God, Manco Cápac, that returned in spirit to strengthen Ian’s son Alek, and the Aboriginal Elder Max. All of whom recruit Ian and James, Celeste and Steele, along with Walter, a childish IT expert with the U.S. Department of National Security. Finally a powerful reincarnated five year old boy, Little Jake, a regal Collie dog, Isis, and a young Jamacian girl, Fajah, join forces to help find a solution to this abuse of authority and technology.
The abuse is being perpetrated by corrupt negative forces, headed by Speaker of the House, Bodner, FBI agent Duncan, Director of Counter Terrorism Rebel, Naval Seal Commander Gholam, Blackwater mercenary ‘The General,’ Minister Qian of National Defense for the Embassy of the People’s Republic of China, and Catholic Bishop Daniel Xavier the Fifth.
This story culminates in a breathtaking battle for mankind’s soul between good and evil that keeps the reader turning pages to the final unexpected climax.

Buy in on Amazon Community is what makes us work.

This is the second in a series of before and after

The following is an example of Tilly’s before and after

You are welcome to send me your pet’s photo and I’ll give you a no obligation quote.

There is still time for that special holiday gift. I have been asked what I work from to paint the pet portraits.

People send me photos of their pets and I choose between 4 or 5 images.

The following is an example of Jake’s before and after All of my life, I have manipulated ink, oil, acrylic and watercolor paints, pencil, charcoal, pastels and even wax to create an images.

Recent years have discovered a new medium with which to express myself. Words–strung–together, much like brush strokes, and color, can create vivid images. Words, as do paintings, portray scenes only limited by the viewer–readers imagination.

Yet with this new medium, a paradox emerges. Both liberating and confining in the same. 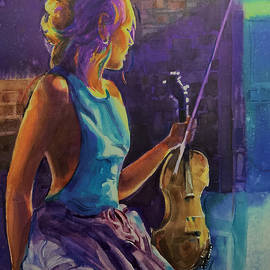 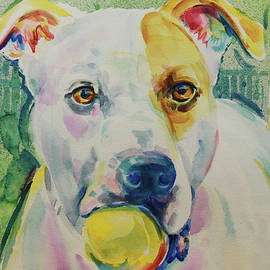